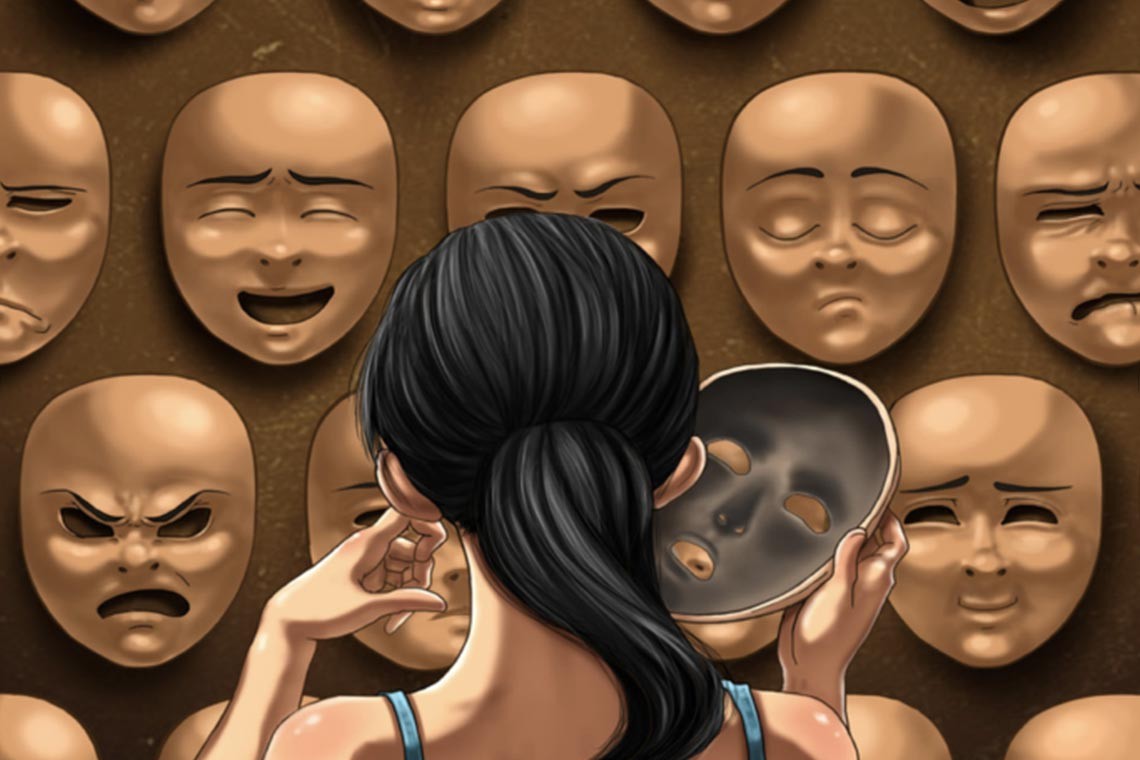 A multiple personality describes someone or some entity with many personalities, each distinct and sometimes totally opposite.  On the one side, a personality may be amicable and easygoing, while on the other side it can be withdrawn or even violent.  So, in essence we are dealing with a split personality.  In a way, this seems to describe Nitric Oxide.

Nitric oxide (NO), is one of the smallest signaling molecule known in the body.  It has profound effects on the body.  I have dealt with Nitric Oxide (NO) for a number of years due to its beneficial effects in the stem cell arena and have been a long-standing proponent of NO therapy.  It is as I call it “one of the holy grails of stem cell therapy".  NO can act as a stimulator of stem cell proliferation and it has a critical role in analgesia, vasodilation, neuromodulation, angiogenesis and our immune system.  These are impressive roles for Nitric Oxide.  Yet, when I read certain articles, they describe Nitric Oxide as a potent free radical that can contribute to inflammatory disease and a whole host of other problems.  This initially gave me cause for thought, consternation and confusion.

So, who or what is the real status of Nitric Oxide? I would like to give a bit more information, hopefully to clear up some of the confusion confronting both the physician and the lay public.  Actually, books have been written on Nitric Oxide and that still may not do it justice.  There are certainly people much more qualitied than myself to discuss the topic of Nitric Oxide and its nuances, one of whom is Dr. Nathan Bryant. Dr. Bryant is considered one of the experts in this field and I am fortunate to know him personally.

Nitric oxide has three main personalities depending upon which "neighborhood" it is found in the body.  The personalities stem not from Nitric Oxide itself but from which isoenzyme produces it.  The significance is where and how the Nitric Oxide is produced.  Ultimately, this is what has a major impact on its function (or personality) and effect on the body.

NO is produced by three different forms of isoenzyme.

The first form of Nitric Oxide synthase is (NOS-1) or nNOS.  It is mainly responsible for synthesizing nitric oxide in the neural tissue and the skeletal muscle.  In mammals, the largest source of nNOS in terms of tissue mass is the skeletal muscle.  In the periphery, many smooth muscle tissues are innervated by Nitrergic nerves, i.e. nerves that contain nNOS and generate and release NO.  Nitric oxide produced by nNOS in Nitrergic nerves can be viewed as an unusual neurotransmitter.  The NO produced decreases the tone of various types of smooth muscle including blood vessels.  Here, it has the acute properties of neuronal firing and ion channel modulation in the central nervous system.

It also has a long-term effect on memory in the brain.  Because of the important functions of nitric oxide, it’s concentration must be highly regulated.  Its functions also include synaptic plasticity in the central nervous system (CNS), central regulation of blood pressure, smooth muscle relaxation, and vasodilatation via peripheral Nitrergic nerves.  Nitrergic nerves are of particular importance in the relaxation of corpus cavernosum and penile erection.  It appears that nNOS has to be present in order for Viagra and Cialis to work properly.  nNOS produces NO which ultimately allows these medications to work thru vasodilation etc.  As we can see, there are significant functions for nNOS.  We are just scratching the surface here but it gives some insight.

The second form of Nitric Oxide synthase is (NOS-2) or iNOS.  This is perhaps the one form that causes some concern.  The Nitric Oxide produced from iNOS can be associated with inflammation.  iNOS is not normally present in tissues but expression is induced in inflammatory conditions and immune responses and hence often implicated as guilty by association.  It is the large quantities of nitric oxide produced by iNOS that have associated it with injury.  iNOS has been shown to have multiple biological effects.  It is essential for normal healing in the skin and intestinal mucosa, for killing of certain bacteria, is potentially important in regulating T cell proliferation and differentiation (Th1 vs.  Th2 immune system), and for regulation of leucocyte recruitment.  These are profound implications in our immune system.

We must remember that stem cells and our immune system are totally entwined.  Countering these effects is the fact that iNOS can produce toxic metabolites.  Perhaps this may be one of the bad personalities of the NOS forms.  There is a large amount of data concerning iNOS expression in a variety of human diseases.

I still need to temper my words a bit in that perhaps iNOS may not be the culprit we think it is.  We are still far from understanding the precise role of iNOS activity in most of these diseases.  In certain circumstances, it can indeed increase inflammation but maybe this is just a temporary phase.  It is now clear that NO cannot be catalogued as either an anti-inflammatory or a pro-inflammatory molecule, but it can be considered a true inflammatory mediator.  Although all three NOS isoforms are involved to a greater or lesser extent in the course of inflammation, the role of iNOS appears to be dominant.  It is intimately related to the immune system and its workings.

M-2 macrophages are anti-inflammatory and are involved in the production of T-Reg cells which appear to counteract autoimmune diseases.  So, we can see that iNOS causes a high-level NO production which mediates a number of inflammatory and infectious diseases by acting both as a direct effector and as a regulator of other effector pathways.

The different roles of NO in inflammation, often referred to as the NO paradox, is based mainly on the conflicting data showing the effects of NOS inhibitors of varying selectivity in different animal models.  We still have a way to go to get a better handle on iNOS.

The third form of Nitric Oxide synthase is (NOS-3) or eNOS.  This is the form that may have the most pertinence to the stem cell field.  Data indicates that NO in the bone marrow acts primarily in a paracrine manner, as it is generated mainly by vascular cells of the bone marrow stroma.  The stromal cell population also contains endothelial cells.  Ongoing experimental and clinical wound healing studies have established NO as a critical mediator of normal tissue repair.  Angiogenesis, granulation tissue formation, epidermal migration, collagen deposition, and microvascular homeostasis are significant processes critical to normal wound repair that are regulated by NO production and bioactivity.

Some of the important work on Nitric Oxide generated by eNOS come from Dr. Thom’s classic article on NO and stem cell mobilization.  Here is an excerpt from Dr. Thom’s article.  “HBO (hyperbaric oxygen) increased circulating stem cell factor by 50%, increased the number of circulating cells expressing stem cell antigen-1 and CD34 by a factor of 3.4, and doubled the number of CFCs (Colony Forming Units).  Bone marrow NO concentration increased by 1,008 ± 255 nM in association with HBO2.  Stem cell mobilization did not occur in knockout mice lacking genes for endothelial NO synthase.  Moreover, pretreatment of wild-type mice with a NO synthase inhibitor prevented the HBO2-induced elevation in stem cell factor and circulating stem cells.  We conclude that HBO2 mobilizes stem/progenitor cells by stimulating NO synthesis".

As we can see from the classic Thom article, hyperbaric oxygen has a direct effect on eNOS production which has a direct effect on stem cell production via a NO mechanism.  This is a truly significant aspect of eNOS and is a very significant finding by Dr. Thom.  The actual mechanism of hyperbaric oxygen is by the effect of NO generated by eNOS on bone marrow.  The NO stimulates the release of stem cells into the circulation from the marrow.  We must remember one of the most basic concepts of Regenerative Medicine: CELLS NOT DOCTORS HEAL PATIENTS! If we have more stem cells in the circulation, then we increase our chances for success.

We can see that Nitric Oxide encompasses cardiovascular, neuronal and immune systems.  NO is found in many different neighborhoods in the body.  The neighborhood influences the action.  NO is involved in stem cell differentiation, epigenetic regulation and immune suppression.  Stem cells trigger cellular responses to external signals on the basis of both NO specific pathways and concerted action with endogenous compounds including stem cell cytokines.

As potency and interaction of NO with stem cells generally depend on the concentrations of NO and the presence of the cofactors at the active site, the suitable carriers for NO delivery is integral for exerting maximal efficacy of stem cells.

So, it seems that we must develop strategies that address iNOS and its production of NO but at the same time increase available Nitric Oxide in the body which we know diminishes, and often becomes deficient, as we age.  Furthermore, our ability to utilize certain supplements such as L-arginine also diminishes.

We need to use strategies that target the cytotoxic and damaging actions of NO/RNOS without interfering with essential administration of NO donors.  Luckily, we have some excellent NO donors such as Neo-40 which will help us turn the tide.

Hopefully, this serves as a brief introduction to the many personalities of Nitric Oxide.  This is a subject that will continue to grow in importance over time since it encompasses some of the very basics of medicine.